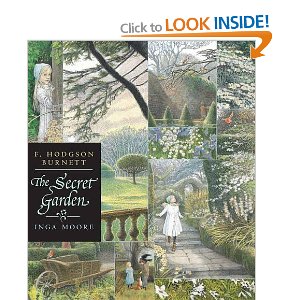 About a year ago, a student of mine held a presentation on a book she had read… The Secret Garden. As she described the plot, where the orphaned Mary comes from India to her Uncle’s bleak house in Yorkshire, memories came flooding back! I had also read it years before, and had seen at least one children’s TV production of it. I had forgotten how magical it was!

Mary is a horrible child; disagreeable, spoilt, rude, but also with a curious mind. She soon discovers the house and its grounds have secrets: a sick cousin living under the same roof, and a rose garden concealed behind a huge wall.

As she learns to tend the garden, helped by a local boy, and as her cousin learns through Mary to embrace life, the two children change. They also have a softening effect on those around them.

I borrowed my student’s book and re-read it with much pleasure! The story is simple and charming, aimed at children (perhaps 10-13 year-olds) but with an enchanting and uplifting appeal to adults too. It raised my spirits… truly heart-warming!