In the German language Hellebores are called Christrose (Christmas rose), Lenzrose (Lenten rose) or  Nieswurz  (“sneeze-root”?!) depending on the species. The latter term is still used here frequently for all hellebores, and refers to the fact that the dried root, formerly used in powdered form in herbal medicine, causes sneezing. 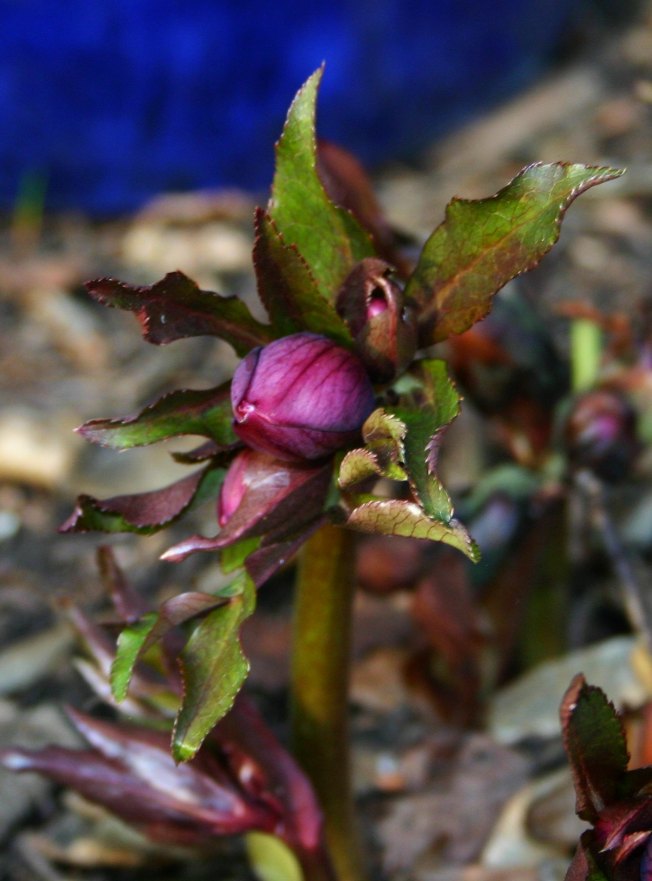 In the 16th/17th centuries it is recorded as a heart medicine and diuretic, although it was known to be poisonous in larger quantities: in a German tale the hero says (roughly translated) “One drop makes red, ten drops make dead”!

It was also used to treat insanity, since sneezing was supposed to drive out evil spirits! 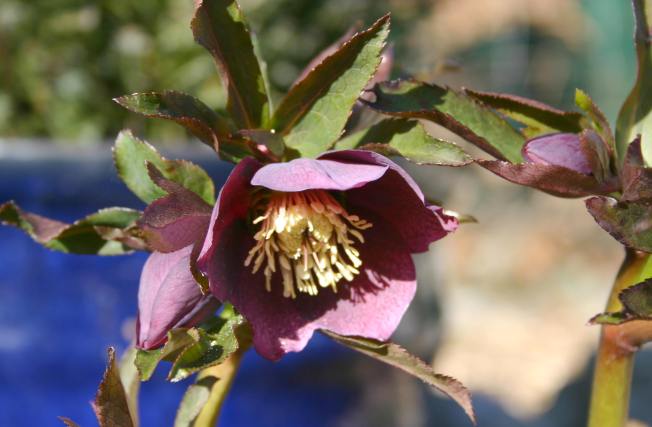 My hellebore is in a very dry area of my rockery, which gets baked in summer and is exposed to hard frosts in winter. Fortunately we had some snow covering the ground for insulation before the “deep freeze” in February. Yet they are so hardy they even survive dry permafrost. I shall, however, try and find a kinder position for it after it has finished flowering this year.

As soon as they show buds and signs of life I remove the old leaves, as these otherwise hide the flowers. Sometimes the larger leaves are unsightly too; after being scorched in the summer and then frozen for a few weeks in the winter it is not surprising! 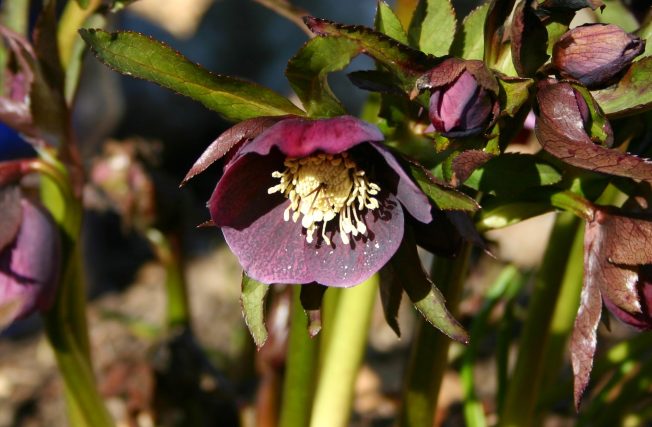 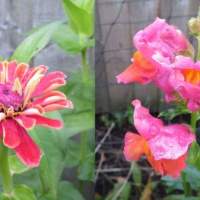 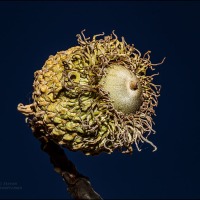 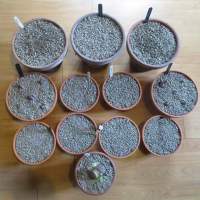 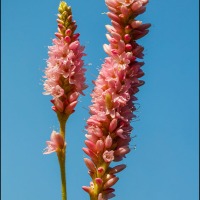 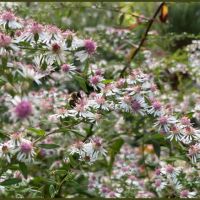 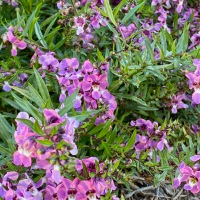 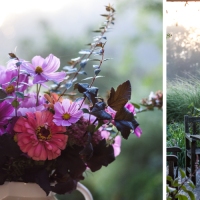 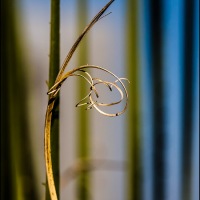 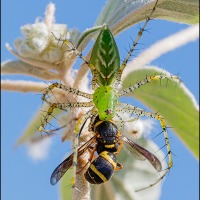 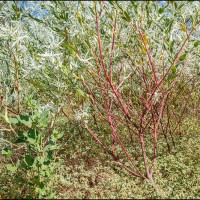