Did you know that violets are Cleistogamous?

There’s a good word for you!

Who was listening in biology lessons at school?

I was, really, but we didn’t cover this. I’m sure!

While reading about the origin of the name for violets in this cute little book “100 Flowers and How They Got Their Names” by Diana Wells, she mentioned that they produce a set of self-pollinating flowers later in the year…

I had not heard of this before. I have since found out the following:

Some flowers, especially violas and peas, beans etc. are able not only to produce large, early, showy flowers bursting with nectar to attract insects to pollinate them, but they also produce self-pollinating flowers. They are cleistogamous.

These second flowers are smaller and less significant, since their aim is to conserve energy. They do not need to be boldly visible for insects, and they do not need to produce nectar. In fact they do not even need to open, since these inconspicuous bisexual flowers can literally pollinate alone. And the seed production is extremely high.

Why does this happen? Well, if conditions are harsh these plants need to ensure they will produce the maximum number of seeds possible. It’s a matter of self-preservation;  a super back-up system in case pollination was sparse first time round!

A “side-effect” perhaps is the prevention of cross pollination… interesting for the agricultural sector indeed, such as when modifying soya beans genetically. For a violet, however, this may simply mean less genetic diversity. 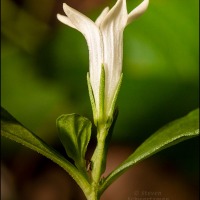 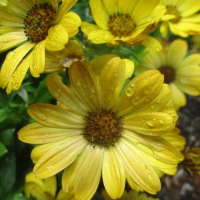 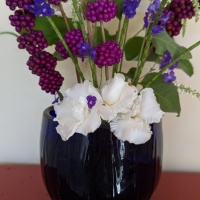