I had the rare opportunity to go to the one and only proper plant sale in Bavaria last weekend: Freisingergartentage. Freising is a large town just north-east of Munich, and well over an hour’s drive from me, and every year this festival takes place in early May – the same weekend as the German Mother’s Day.

Most garden festivals/shows in my region sell around 90 percent garden decoration, tools, gadgets or food, and just 10 percent plants… this sale in Freising is probably 95 percent plants! When I walked through the gates my eyes opened wide and a broad smile took over for the next 3 hours! 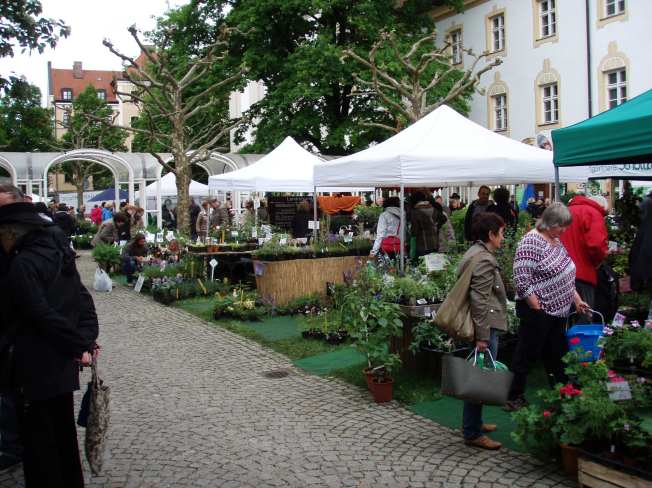 Stand after stand, nurseries and specialist garden centres from Berlin to Leipzig and Belgium to Austria were offering their well-cared for and properly labelled plants. Sempervivums, roses, hostas, irises, grasses, water plants, annuals… they all had a spot somewhere in the grounds of the Freising County Hall. Everywhere I went the people selling the plants knew the answer to all my questions, offered planting advice, and were genuinely caring and knowledgeable about all they had on display. I felt like a child in a sweet shop! I felt like weeping!

I managed to get through the first 30 minutes without buying anything, but then I saw this Corydalis flexuosa ‘China Blue’. There were several blue ones to choose from, but this seemed bluer than all the others.

And next to it a Dicentra formosa ‘Burning Hearts’ caught my eye, which is supposed to bloom all summer… I have been looking for one for several weeks.

At the next stand a chocolate mint and a pineapple sage – both of which I had also been looking for nearer home, were added to my basket… I had come prepared with several bags and a large shopping basket!

A pale pink Epimedium was one of the plants on my list, as was a pale Aquilegia. I found an Epimedium grandiflorum ‘Lilafee’ …

… and a small rose Aquilegia vulgaris ‘Nora Barlow’ – which will have rosy pink flowers with a tinge of white, yellow and green. I chose a small plant as I was worried a larger one might get damaged while walking around.

Imagine how happy I was to find this though…

I have never seen one in Germany before and several people asked where I had found it as I walked around the stalls a second time. This is real treasure for me… even if we don’t get any hummingbirds to hover around it. (See Susie’s post here!)

The stall where I found Nora Barlow also had an Echinacea purpurea Orange Passion.

This stand was from a southern German nursery which actually specializes in irises… next time perhaps I will look at the wide choice of irises they have.  I also bought a red rock rose Helianthemum x cultorum ‘Red Orient’ from them. It’s actually a deep pinky red…

This is Anthyllis vulgaris –  a member of the pea family with a resemblance to clover – which should love the warmth of my rockery in summer and hopefully set seed.

And my final purchase was a white Cymbalaria pallida ‘Albiflora’.

I debated some time about a Geum, but decided I couldn’t carry any more! 😉

Phew, my arms were aching as I walked back to the car with my bags, but the smile was still there, and to cap it all I was allowed to leave the car park free of charge because my ticket wasn’t accepted in the machine!

That was my idea of a Grand Day Out!

How about you? Do you often get the chance to visit a really good plant sale? 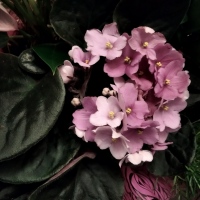 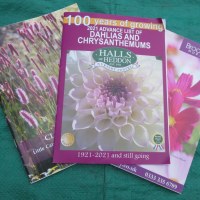