It has flowered sparsely, so only one bloom seems to be out at a time. But it is rather lovely and was even deemed worthy of today’s Monday vase!

Some of the Zinnia mix I had sown in spring matched rather nicely, along with the miniature rose (The Fairy) still in bud and a few sprays of the Linaria (‘Canon J. Went’) that have done so well (thanks again for the seed Sarah!).

The foliage is Japanese anemone, Heuchera and peony (just turning a lovely pinky yellow). The sedums are opening now, but I added a tiny dash of green sedum buds, as well as a few of the tall grasses now flowering (no idea of the names)…

Then a few other bits and bobs, including some Heuchera flowers and the furry silver foliage of an annual I have had in a pot all summer.

I really enjoyed walking around my garden choosing the flowers again today, as yesterday was just too wet to venture out for long. I don’t think it has rained so much in August since we came here, so the garden is uncharacteristically green and some plants, like the Linaria, have been given a new lease of life.

Do visit Cathy at “Rambling in the Garden” to see the other vases people have made for her weekly meme “In a Vase on Monday”. And thank you again Cathy!

39 thoughts on “In a Vase on Monday: September Star” 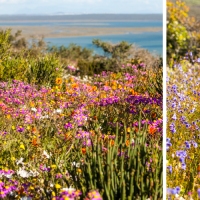 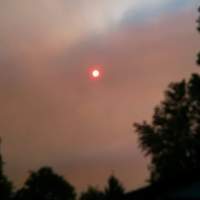 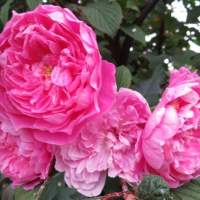 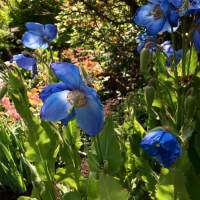