There are so many pinky rhubarb reds and creamy custard yellows in the garden right now, I decided to put them together for Cathy’s weekly meme “In a vase on Monday” … 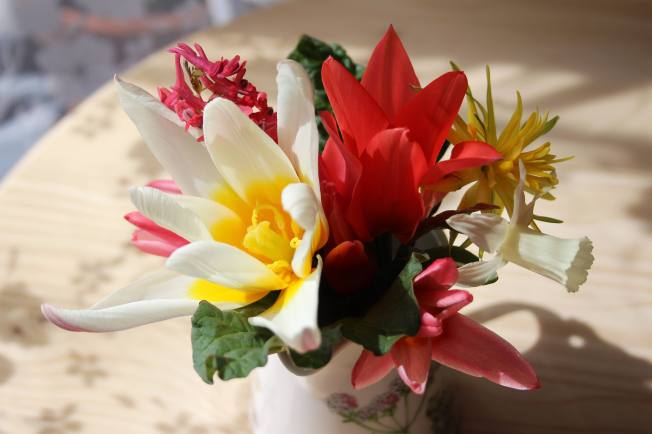 Have you had any rhubarb this spring yet?

The large white tulip is the early Tulipa kaufmanniana “Ice Stick”. Initially I wasn’t sure if I liked it, as the buds are very pale at first, but then I saw the egg yolk coloured centre and it has grown on me since. 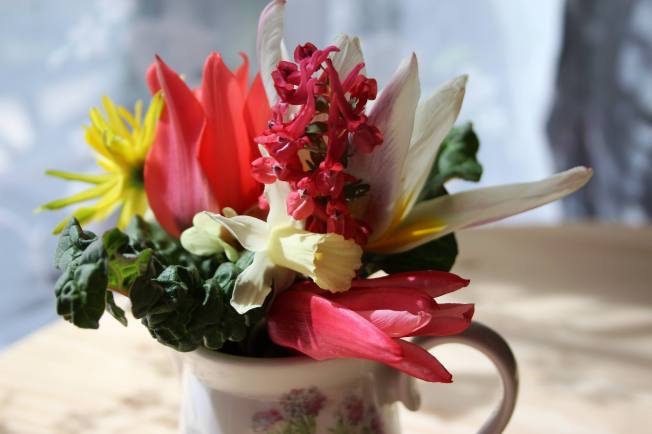 The large reddish tulip has been in my rockery for some years now and I don’t remember the name, but the small pinky one is “Heart’s Delight” and it is a rather pretty one with stripy leaves, sturdy but dainty at the same time. Here it is in my spring corner under the yew tree with the Corydalis (GP Baker or Beth Evans?).

Other ingredients for today’s vase were the Corydalis, a Rip van Winkle daffodil and another small Narcissus which I think is “Elka”. The foliage is two young rhubarb leaves. 😉 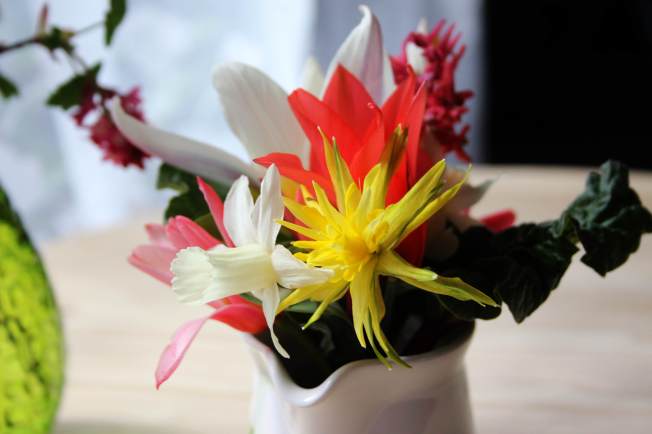 I actually put together another two vases, also in red and yellow, as I wanted to make the most of the Forsythia before it gets spoiled in the wind and the Ribes sanguineum that has just started flowering… 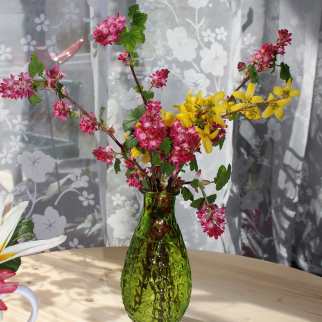 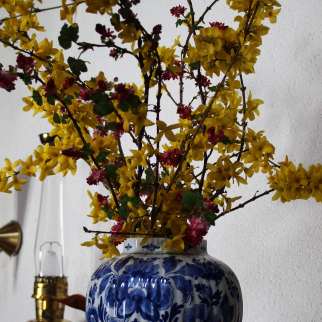 If you go and visit Cathy at Rambling in the Garden you will find her lovely vase for this week, as well as many more that have linked in. Thanks for hosting, Cathy!

44 thoughts on “In a Vase on Monday: Rhubarb and Custard?” 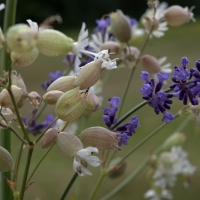 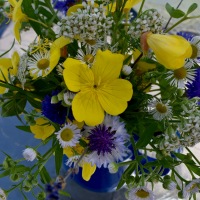 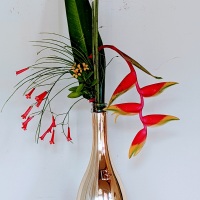