Mondays are often busy, but today I had time to wander around the garden and choose some flowers for a vase, so that I could join Cathy at Rambling in the Garden with her lovely meme again.

However, when I have a fixed idea of what I want to create, it never turns out as I planned, so I ended up with two vases today, and both of them are simply “lovely”. Hence the title!

The first one features my lovely deep red peony. This is always the second to flower and doesn’t get quite as tall as the later ones, standing up well to rain or wind. With purpley-blue Aquilegias and a single blue Centaurea it  looks absolutely lovely. 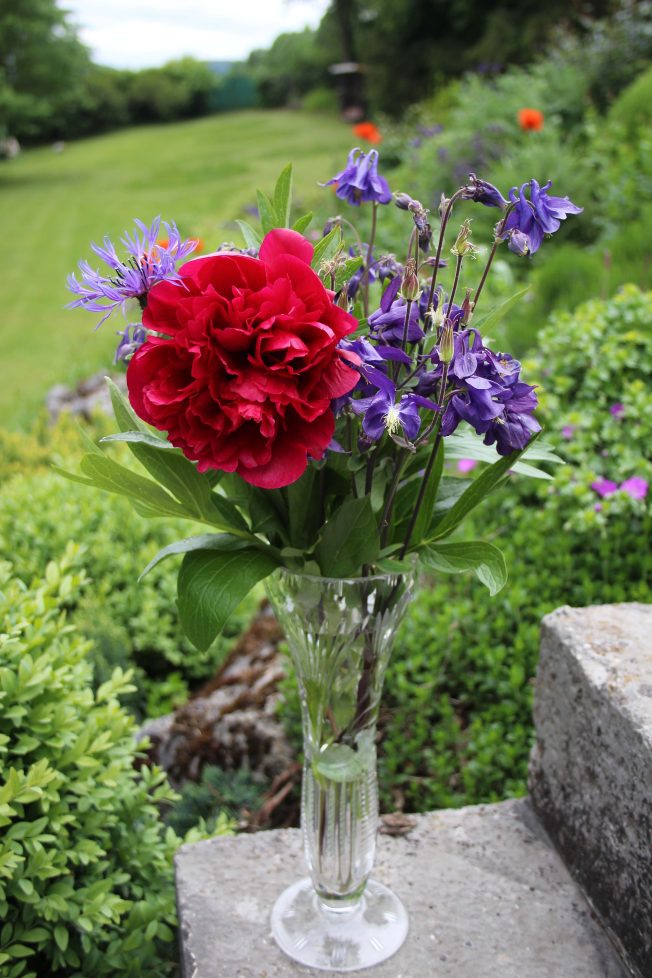 (Note the poppies flowering in the background… the one I used in my vase last week lasted a good 3-4 days.) 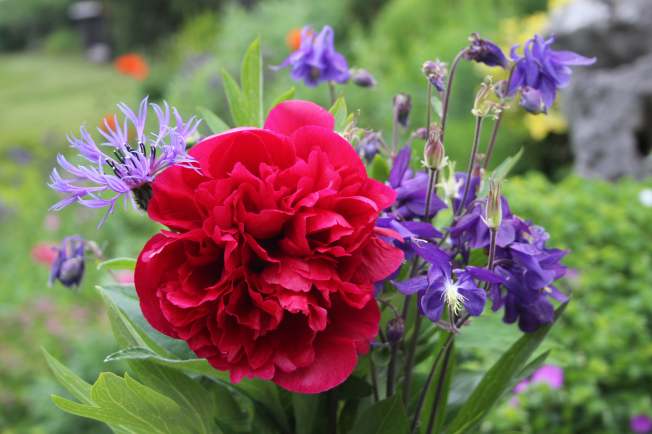 A match made in heaven…

I added one of the Siberian irises, just opening, and some deep purple and some white Geranium phaeum, which has proved to last extremely well as a cut flower. 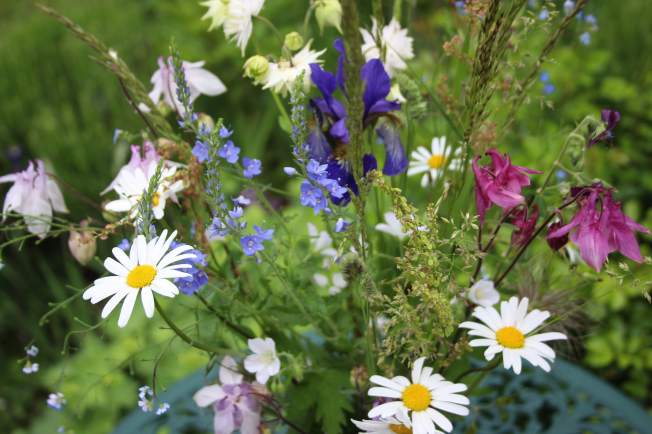 Some blue Veronica and Omphalodes verna, and a couple of Pulsatilla seed heads completed the airy effect. The white Aquilegia below is, I think, called Green Apples.

On a grey day there is nothing better than bringing the garden indoors. Do take a look at Cathy’s creation this week, and all the others who have linked in with floral loveliness.

P.S. Thanks to my lovely commenters last week my mystery plant was identified as a type of Celosia.

The rigid petals are quite fascinating!

34 thoughts on “In a Vase on Monday: Loveliness” 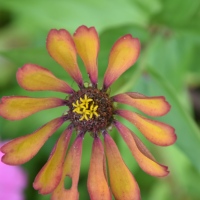