A very late flowering Salvia lends its name to the title of my vase this week. Salvia ‘Heavenly Blue’ is in its second year and has only just started to flower! I am also not sure how hardy it is as it surprised me in the spring when it started sprouting new leaves. So I cut one stem and left the other for the remaining insects to peruse. And we will see what it does next year. I gave it its own rosebud vase, to show it off best. 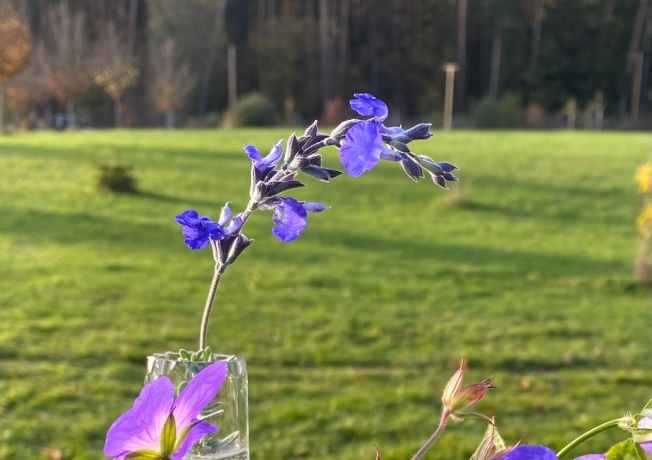 Beside it, for the other flowers, is a tiny porcelain blue vase (originally bought from a Christmas market for snowdrops, but I will probably never have enough in this garden to pick!) 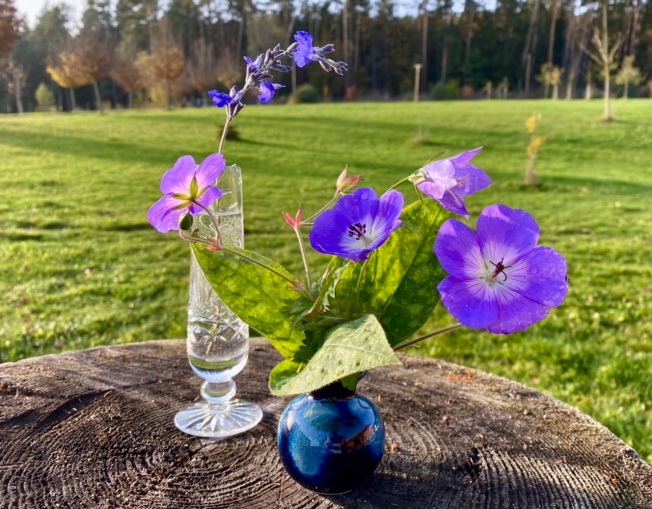 I cut a few Geranium Rozanne flowers for this vase, to continue the blue theme, and found a single blue Campanula flower as well. The leaves are fresh Pulmonaria foliage. 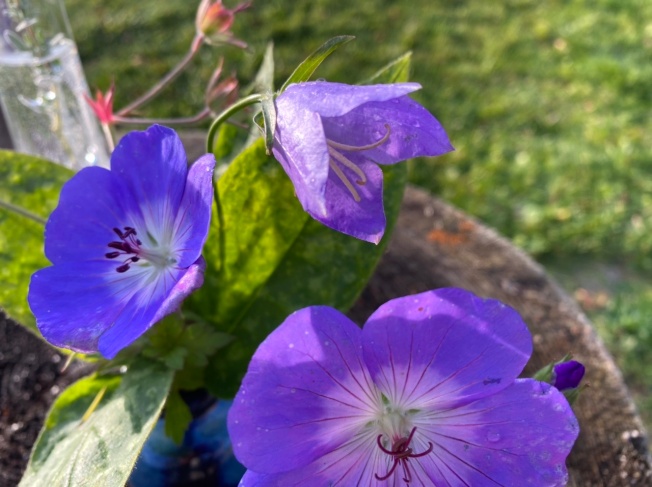 The shorter days and chilly nights mean flowers are increasingly hard to find, but there are still enough for tiny posies now and then. The asters have gone over rather quickly in the last week or so. We haven’t had a frost yet, but night-time temperatures have often been hovering just above zero. It has been a gentle slide towards winter though, and I do even have some summer Pelargoniums in pots that are still flowering well. In November! 😆

I am joining Cathy at Rambling in the Garden for her Monday meme. Do go and visit her to see the brilliant idea she has had for her meme’s ninth anniversary next week, and also to take a look at the lovely flowers she picked to share this Monday. 😃

Have a great week!

45 thoughts on “In a Vase on Monday: Heavenly Blue” 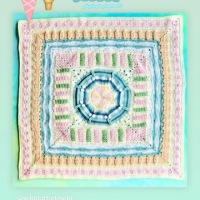 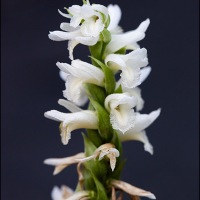 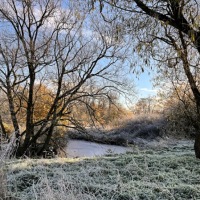 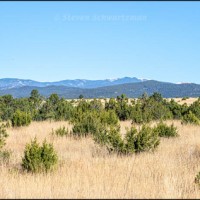 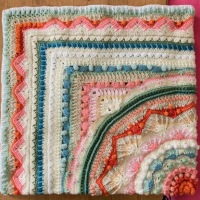 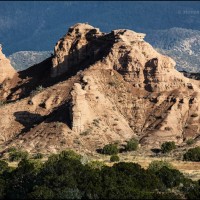 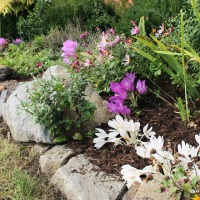 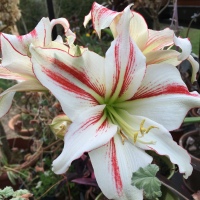 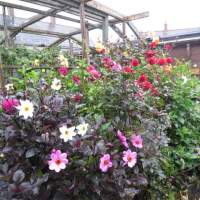 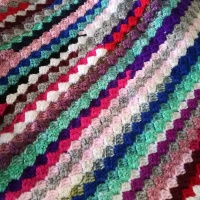