Cream, yellow and white seem to be predominant colours all around us now, with the hedgerows alive with St John’s Wort (Hypericum perforatum), Queen Ann’s Lace (Daucus carota), golden grasses and Yarrow (Achillea millefolium), to name just a few.

I picked some wild flowers from the edges of a meadow that has not been cut at all this summer, and plonked them in a vase. But for Cathy’s meme I decided a ‘proper’ vase was needed and gathered more creams and whites and yellows for my milk jug. This was also inspired by the roadsides and hedges, and by the jug itself.

The Leucanthemum daisies and yellow Achillea ‘Parker’ were the starting point. Then Alchemilla mollis and some yellow Fennel were added, along with some Feverfew, Clematis seed heads, a white Heuchera flower, wild Yarrow and some white airy wild flowers that look a bit like cow parsley, but I don’t know what they are…. Milk Parsley perhaps?

I love the sunshine effect this vase created when I brought it inside. 😀 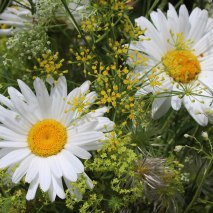 And here was the first vase from the meadow. I may not have identified everything correctly, as there were a few things I recognize but have never named… 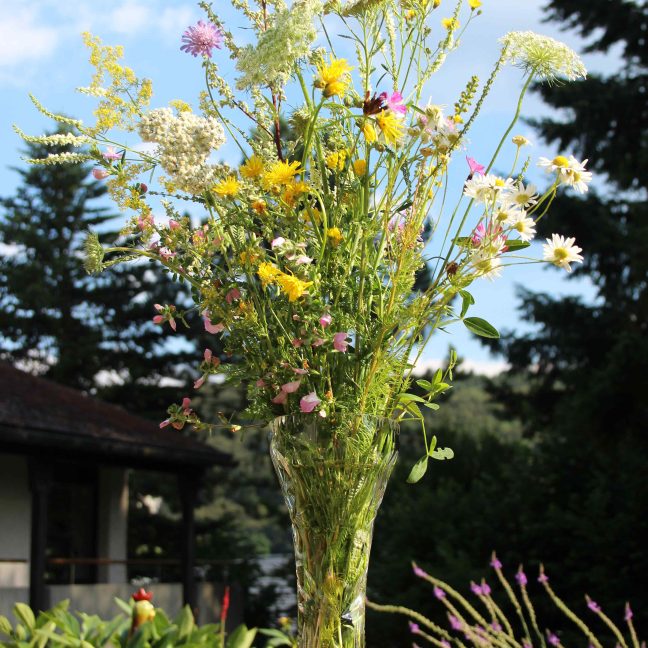 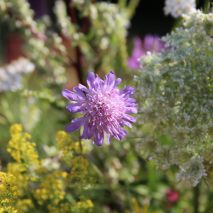 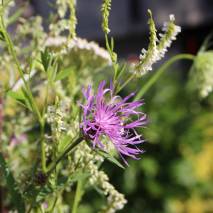 There is a large stem of Artemisia in there too, as well as various clovers, some Agrimony and some wild Yarrow (Achillea).

Our host Cathy at Rambling in the Garden is having a party with Annabelle today, so do drop by for a share in the celebrations! 😉 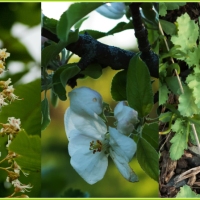 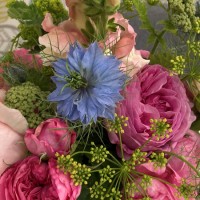 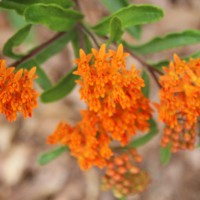 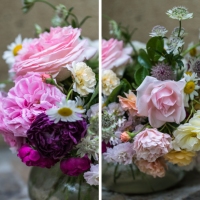