The name itself is so romantic! 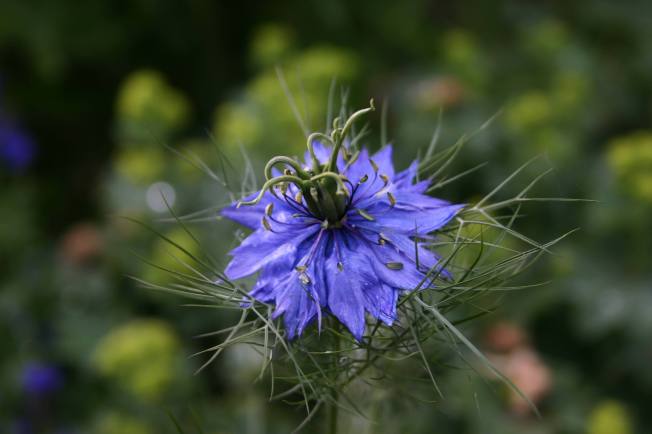 Other names include “devil-in-the-bush” and, in Austria, “Gretel-in-the-bush”… The story of this name is nice, found on the German Wikipedia site:

Gretel was the daughter of a wealthy farmer, but she fell in love with Hans, a poor farmhand. The two lovers were not allowed to marry, and because they were both so sad they were turned into flowers; Gretel the Nigella, and Hans the Chicory, in German “Hansel on the road”.

The seedheads of Nigella are also very attractive…

And the seeds are edible. They have a wonderful aromatic, almost perfumed flavour, which reminds me of wild strawberries…

(They are, however, not the same as the seeds of Nigella sativa, which are used in Indian dishes and are quite peppery and spicy, often called black cumin.)

Once you have this pretty flower in your garden it will appear again and again as it seeds itself very well. 😀 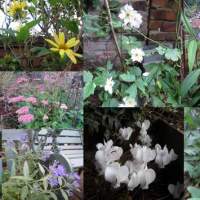