Where would we be without vanilla – vanilla ice cream, custard, vanilla fudge and vanillekipferl would simply not exist! I love vanilla. Its warmth and aroma is rich and pure.

Did you know the vanilla plant is an orchid?  In fact Vanilla is a genus of orchid, with over 100 species. The best known one used for flavouring is the Vanilla planifolia. This plant is native to Central America, and was treasured by the Aztecs,  but by the early 19th century had already been taken to Indonesia, the Bourbon islands, Tahiti and Madagascar.

Today it is the second most expensive spice in the world after saffron. Why?

Well, in its original habitat of Mexico it is pollinated by the Melipone bee. However, when removed to Indonesia these natural pollinators were lacking. This means pollination has to be done by hand, inserting a small stick into each and every individual flower. The seedpods are harvested several months later and cured; first they are dried in the sun, then wrapped in woollen blankets to ferment. They must dry out completely before the pods can be stored in airtight boxes to develop the aroma…  All this is, of course, a very labour-intensive and therefore costly procedure.

Bourbon vanilla (Vanilla planifolia), is the term used for vanilla produced in the Indian Ocean islands of Madagascar and Réunion (the Bourbon Islands).

Mexican vanilla (the real thing!) is also made from vanilla planifolia.

Tahitian vanilla (Vanilla tahitiensis) is from French Polynesia and is possibly a hybrid-cross of Vanilla planifolia and Vanilla odorata. Apparently it is slightly sweeter and more floral.

What we buy for baking is usually labeled Bourbon or Madagascan in the form of vanilla sugar, vanilla extract, or vanilla pods.

Personally I prefer the seed pods… I can be 100 percent sure it is real vanilla, it’s alcohol-free, and I can make my own vanilla sugar out of it.

The flavour of the vanilla bean pod is most definitely better and more rounded than any other form I have ever used.

A couple of favourite vanilla recipes will be coming up soon! 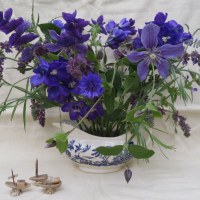 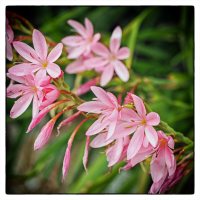 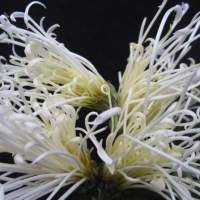